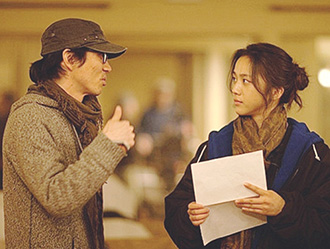 The report said the two, who worked on the 2009 movie “Late Autumn,” began dating this year, saying the two were seen taking romantic walks and drinking together at this year’s Busan International Film Festival in October. It also said Kim visited Tang in China in May and October, while Tang came to Korea in April to see him.

However, later in the day, Kim’s acquaintance and fellow film director Byun Young-joo, tweeted that the reports were “groundless” and that Kim expressed regrets and concerns that such a scandal could hurt the actress’s career and their amicable relationship “as close friends.”

Earlier this month, Tang purchased land worth 1.3 billion won ($1.1 million) in Bundang, Gyeonggi. Because it’s quite unusual for foreign celebrities to purchase property here, many assumed she was seeing someone.