All Crazy No has gotta do is act naturally

All Crazy No has gotta do is act naturally 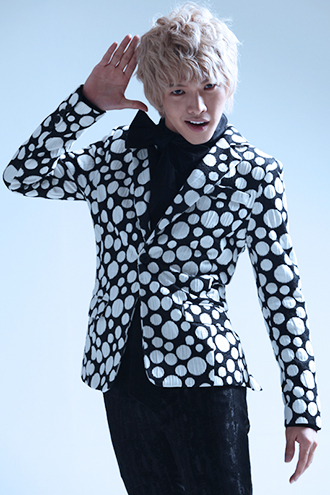 Have you heard of Crazy No?

“What the hell?” and “Is that a guy or a girl?” are some of the responses you hear when Crazy No’s album jacket is passed around.

In it, he assumes many characters; his takes on Marilyn Monroe and the Joker are shocking to say the least.

Despite having the delicate pretty boy looks typical of other idol singers, this is one guy who doesn’t play by the rules.

The new kid on the scene who goes by Crazy No (his birth name is Kim Zy-no), lives by one rule, and it’s all about being himself.

“I just hate anything that’s fake,” explains the 24-year-old, who is heralded by local media as “little Psy.”

His debut, “Musiche,” does indeed evoke much of Psy’s “Gangnam Style” with a cheesy suit and off-the-wall story line, among other similarities.

“The lyrics make no sense, and I wrote it strictly as a fun, upbeat song to dance to,” says the up-and-coming singer.

The Korean-Australian, who was born and raised Down Under, says that he got his inspiration for “Musiche” when he noticed that a lot of people at Korean clubs were just there to be seen.

“There is no deep meaning behind it, and it’s a song that says, ‘Let’s enjoy the music for the next three minutes,’?” he says of the song he wrote, arranged and choreographed.

Although a new face in front of the camera, he’s been producing music for dramas for the last three years and knows a thing or two about the industry.

“Most K-pop singers are recruited by agencies and told to act a certain way to fit the concept,” he says. “With me, it’s the other way around. My boss told me that I can do whatever I like and be whoever I want.”

Crazy No says his personality was marketed as a “concept” by his agency, which encouraged him to take on his own music, stage directions and literally everything that newbie singers normally are not given the opportunity to shape.

And again in an odd twist, although new on the scene, he has a lot of followers overseas.

“My biggest fan bases are probably in Japan and France,” says the singer, who makes it a point to conduct self-interviews and post online to fans worldwide.

With one EP down, Crazy No says he has another to be released next year, and although he’s just stepped onto the stage, he’s ready for anything thrown his way.

“A lot of people think I’m being gutsy with my performances and all, but really, I’m not. I’m just doing what comes to me naturally.”