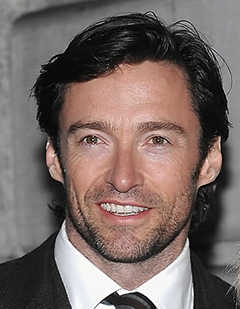 Hugh Jackman, who is in Korea for the third time to promote “Les Miserable,” will be interviewed by Baek Ji-yeon for her show “People Inside.”

Channel tvN announced last week that Jackman’s appearance will be his first on a Korean show. The recording will take place this afternoon and the episode will air Dec. 3.

Jackman was last in Korea three years ago. Before that, he was here in 2006.

“Les Miserable” is directed by Tom Hooper (“The King’s Speech”) and is scheduled to be released Dec. 25 in the United States and sometime in the same month in Korea.

Even before its premiere, it is seen as a strong contender for Oscar nominations. It stars Russell Crowe, Anne Hathaway, Amanda Seyfried as well as Jackman.