Globetrotting Psy home for some R&R

Globetrotting Psy home for some R&R 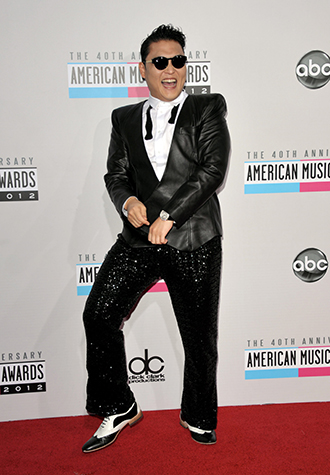 After being propelled around the world by “Gangnam Style,” Psy returned home on Friday, according to YG Entertainment yesterday.

“He doesn’t have an extensive schedule for the next few days but is taking time off to recover from his trip abroad,” said an agency spokesperson.

The 34-year-old YouTube sensation has been visiting Western and oriental medicine clinics since his arrival, seeking treatment for exhaustion.

Although he arrived less than a week ago, he will depart for appearances in Thailand on Wednesday and Hong Kong on Friday.

Thus he is maximizing his time at home by spending it with family and friends. In Thailand, he will take part in the Loi Krathong festival.

As anticipated, Psy on Saturday overtook Canadian heartthrob Justin Bieber’s “Baby” on YouTube for the highest number of views ever.