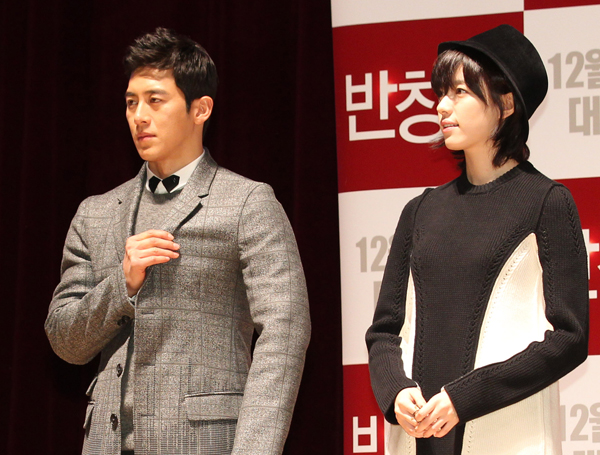 
Co-stars of the upcoming movie “Band-aid” Ko Soo and Han Hyo-joo will appear on an episode of SBS’ “Running Man.”
The news broke on Nov. 26 that the two, who are hard to come by on variety programs, have taken part in an episode to air next month.

“All regulars were in awe of the two,” said a spokesperson from the show.
The movie, starring Ko and Han, will premiere next month and is about a widowed fireman who ends up falling for a female doctor.

This year was a big one for Ko, who got married in February and is set to become a dad next year.