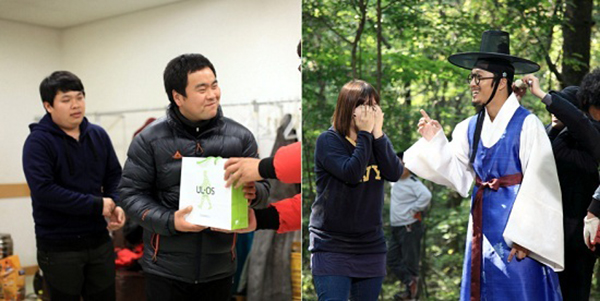 Cha Tae-hyun who is the star of KBS 2TV’s current drama “Jeon Woo Chi” has shown that he’s far from a diva by treating his staff members on set to a cosmetics gift set.

Cha treated everyone working on the drama to a gift pack from the brand for which he models.
“He just wanted to say thanks to all who are working so hard despite the chilly weather,” said a spokesperson for his agency.

A source from the production company said that Cha is a joy to work with, someone who is always humble and partaking in a joke or two with staff members during takes.

The new mid-week drama is proving to be a hit after just one week of airing.
On Nov. 21, the debut episode secured ratings of 14.9 percent, making it the No. 1 program in its time slot.