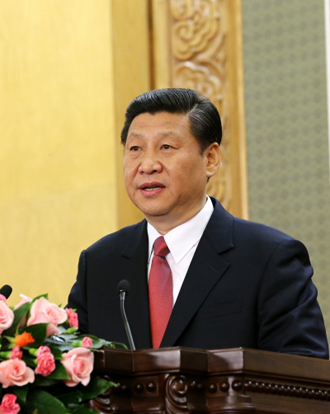 In the first high-level talks with Korea on Monday after forming its new Xi Jinping leadership, China reportedly asked Korea to send Liu Qiang, the 38-year-old Chinese man arrested earlier this year for throwing firebombs at the Japanese Embassy in Seoul, to Beijing based on humanitarian grounds.

Liu completed his jail term earlier this month but was sent back to jail after being arrested while waiting for the Seoul High Court’s decision whether or not extradite him to Japan based on the bilateral treaty the two countries have regarding prisoners.

The Ministry of Justice started the process of extraditing Liu to Japan in early November.

Liu had also set a fire at the Yasukuni Shrine to protest Japan’s refusal to apologize for its wartime crimes. His maternal grandmother is known to have been forced to serve as a sexual slave by the Japanese military during World War II.

However, even if the court decides to extradite Liu, the justice minister can reverse the decision and send him to China instead based on national interest. China’s latest request is seen as pressuring Korea to make a final decision by considering Liu a political prisoner - that his crimes were a political reaction to Japan’s misdeeds - and to send him home.

“The case involving Liu Qiang is one that cannot be dealt with politically by the Foreign Ministry” said a senior ministry official. “The Justice Ministry has already decided to start the process of extraditing him [to Japan] based on the law and the Seoul High Court is currently going through the trial process.”

It takes around two months for the court to complete the trials, the official said, and a decision on whether to send him to Japan is expected to be made in early or mid-January.

“We’ll have to wait until the official procedure ends until the justice minister makes his final decision regardless of the court’s ruling on Liu,” the official said.