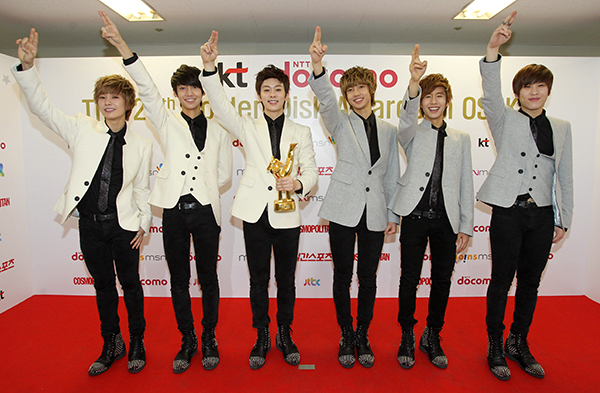 
Boyfriend held a concert on Nov. 27 in Tokyo.
At the showcase, titled “Digital Winger Illumination,” the group treated fans to a preview of a song released yesterday, “Kimi to Dance Dance Dance/ My Lady.”

Donghyun, the boy band’s leader, said he was touched by the turnout of 1,000 fans and asked them to get behind the group’s second single.

From Dec. 22-24, the group will hold a solo concert at the Tokyo Dome City Hall.
In Korea, the band released an album titled “Janus” back on Nov. 8.