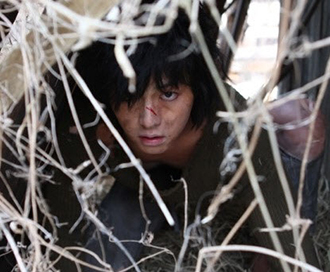 To thank the fans for chalking up six million views, “A Werewolf Boy” director has announced his decision to screen an alternate ending version in cinemas next month.

Jo Sung-hee, who made the current hit melodrama, told “SBS E! Entertainment News” that the modified film will contain some deleted scenes as well as a different ending. “I’m aware that a lot of male viewers didn’t like the ending,” said Jo. “It actually wasn’t what we intended, so it’ll be a good chance to air the different one.”

Without giving too much away, Jo said female lead Park Bo-young plays a bigger role in the alternate finale.

Another character to receive more attention will be the bad boy Ji-tae, played by actor Yoo Yeon-seok.

“You know he plays the role so well, but the thing is Ji-tae may be the most pitiable character in the whole film.”

Jo said the December release will contain moments from Ji-tae’s childhood as well as focusing in on the neighborhood in which the plot unfolds. Just days earlier, Song Joong-ki, who plays the werewolf, had let it slip at a press conference that Jo may release an alternate version when the film became the most-watched Korean melodrama.