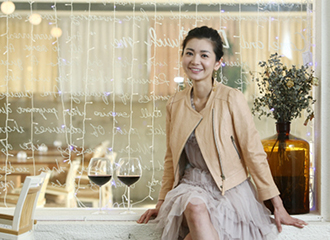 Actress Jang Seo-hee will launch a line of jewelry in China at the end of next month.

The collaboration titled “Jang Ruicy by Kim Jeong-ju” will be unlike most other jewelry lines endorsed by celebrities as Jang will actually take part in the designing process.

Jang’s jewelry will be broken down into two distinct categories: casual and formal wear.

“There will be jewelry appropriate for mothers and daughters to wear together, as well as party essentials,” said a spokesperson for the brand.

As the 40-year-old Hallyu actress has a huge following in China from her dramas “Miss Mermaid” (2002) and “Temptation of Wife” (2008), the Jang Ruicy range will be targeted toward consumers across the country.

Once the items go on sale, part of the profits will be donated to the impoverished in China.