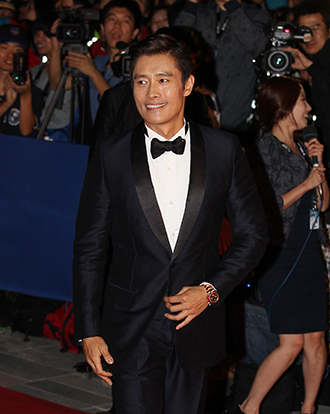 Lee Byung-hun has been named the 2012 Star of the Year, an honor that will be made official at the CineAsia Awards in Hong Kong on Dec. 13.

Lee will attend the ceremony at the Hong Kong Convention and Exhibition Center during the film trade show that brings together leading experts in the industry.

“Lee Byung-hun is honored to be awarded by the best Asian film event,” a spokesperson from Lee’s agency said. Lee will become the second Korean entertainer to be honored as Star of the Year after Rain in 2007. Last year’s winner was Chinese actress Li Bingbing.

As the sister event of both ShowEast and CineEurope, CineAsia maintains the same standards of programming, seminars, special events and suppliers as its counterparts that take place in Europe and the United States every year.

This year has been a big one for the 42-year-old Hallyu star. As well as spending most of his time filming Hollywood blockbusters “G.I. Joe 2: Retaliation” and “Red 2,” Lee starred in the Korean film “Masquerade.”