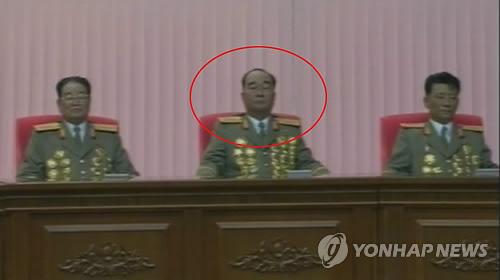 North Korea apparently replaced its defense chief recently in the latest in a series of signs that leader Kim Jong-un is shaking up top military posts depending on the personnel's allegiance to him, a senior South Korean official said Thursday.

Kim Kyok-shik, a hawkish general believed to have orchestrated the North's sinking of a South Korean warship and an artillery attack on a border island in 2010, replaced Kim Jong-gak as minister of the People's Armed Forces, the senior official said.

It is unclear why Kim Jong-gak was sacked after just seven months in office, he said.

"But there have been obvious signs that top military leaders are being replaced according to their allegiance," the official said. "One of the recent messages from first secretary Kim was that those without allegiance are nothing more than a 'stick.' It appears they are rocking (the military leadership) depending on allegiance."

Kim took over the North Korean leadership after his father Kim Jong-il died in December of last year. (Yonhap)