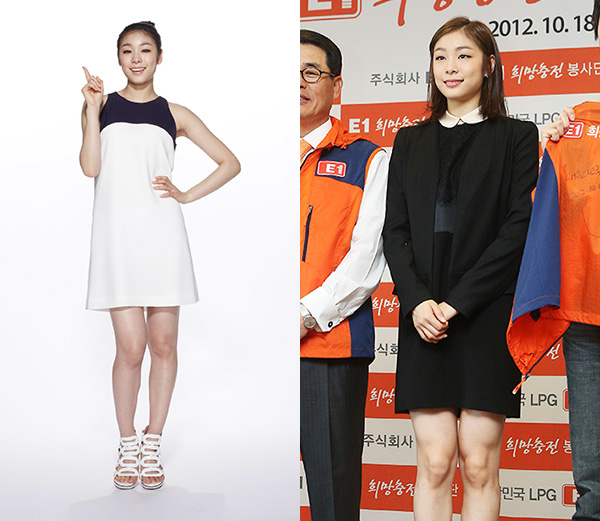 Two photos of gold medalist figure skater Kim Yu-na, taken nine months apart, reveal the results of an augmented training routine that the 22-year-old adopted ahead of her return to international competition. In the photo on the left, captured from a commercial last January, Kim’s legs show little muscle compared to the photo on the right, taken in October while she participated in a skating event.

Kim, the winner of the 2010 Vancouver Olympics, is set to compete in the NRW Trophy in Dortmund, Germany, from tomorrow to Sunday, her first participation in an international competition after a 19-month break. In July, Kim announced her plans to return to competition, ending months of speculation about a possible retirement. Provided by Samsung Electronics, [YONHAP]