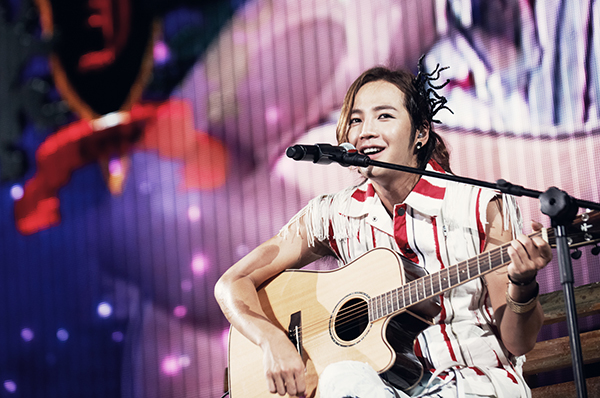 
Jang Keun-suk’s fan club is at it again, this time celebrating the Prince of Asia’s 20th year in the industry with a shout-out over the airwaves.

Tree J Company announced that from Saturday, ads wishing Jang all the best have been aired on MBC and KBS radio stations. The clip will play four times daily on KBS and eight times per day on MBC FM4U and MBC FM. In total, the message will be played 248 times throughout the month.

“This is the first time that a fan club has paid to send a message out to their favorite star,” said Tree J Company.

One online forum dedicated to Jang has even prepared a photo gallery for fans to view pictures of the Hallyu star.

A couple of months ago, Jang’s fan clubs in China united to mark Jang’s debut and paid to deck out the most used mode of public transportation in Seoul - the metro.

More than 258 posters of Jang in four different sizes were placed on line No. 5 and also at Myeongdong, Hongik University and Hanyang University stations.