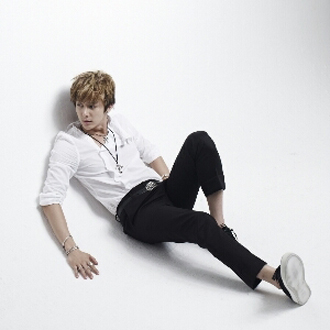 Kim Hyung-jun of SS501 fame attended a press event for the drama “I Love You” in Tokyo on Dec. 2.

The event staged for the SBS drama, which aired early this year in Korea and is now airing in Japan on KNTV, is the first of eight to take place in Japan.

The next conferences will take place in Yokohama, Nagoya and Osaka until Dec.10.

At the conference, Kim said that he was an “entertainer who tries his best to become closer to you all.”

Furthermore, Kim divulged all about his time on set, saying that he learned a lot from his co-star Lee Soon-jae. Propelled by the drama, Kim said he hoped to star in many more K-dramas as well as Japanese works.

Kim asked for continuous support for the drama and wished everyone happy days ahead as the year comes to an end.