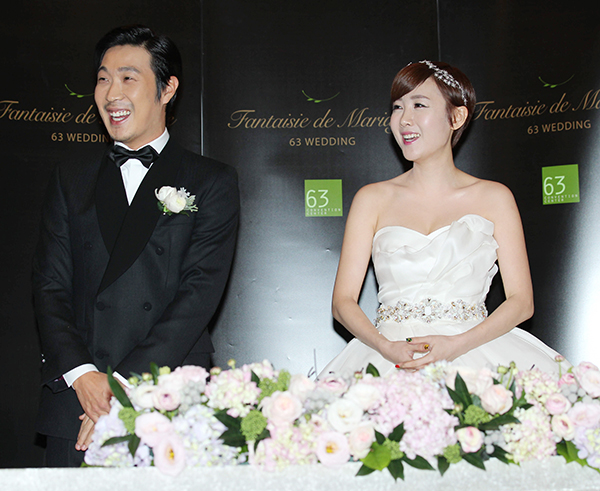 
Although they are on their honeymoon, Haha and Byul will be joined in Vietnam by some crew members working on Haha’s hit show “Infinite Challenge.”

Ahead of the married couple’s departure, the MBC variety show advertised next year’s calendar, a popular product that features photos of the cast, by throwing in an extra incentive: for some lucky fans abroad, they will have the calendar delivered by the cast members themselves.

Haha will thus be delivering calendars in Vietnam, spending a whole day of his honeymoon meeting fans in person.

To assist him, some crew members had actually departed with Haha and his wife after the wedding.

A spokesperson for Haha said that the singer took it all in good grace and “didn’t mind it.”

“He thinks that it is his duty as a member of the team,” said the representative, although they did add that the new bride will not take part.

The newlyweds will enjoy the rest of their honeymoon and come back to Korea on Sunday.