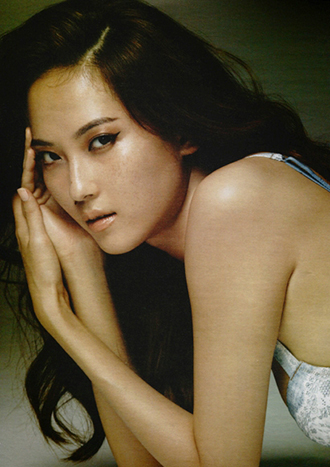 While on an episode of “Mighty Heart” on Dec. 4, model Hye Park revealed that she received some lavish presents from designer Marc Jacobs.
The Korean leggy model said that Jacobs has given her a bag and a fur coat too.

“He gave me a bag that he named after me,” said Park. “But to be honest I didn’t like it, but I was thankful nevertheless.”
On top of the bag, the American designer gave Park a fur coat worth around $30,000.

“I had it in my wardrobe and one day it fell on the floor. Then my dog thought it was his bed and slept on it,” said Park, causing the whole studio to erupt into laughter.

Earlier in the year the 27-year-old catwalk model also revealed that Hollywood heartthrob Josh Hartnett had hit on her prior to finding out that she was married.