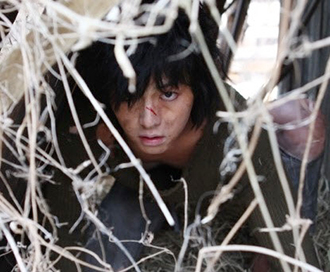 As promised, CJ Entertainment announced that an alternate ending version of “A Werewolf Boy” will open in cinemas today.

In the second version, the final scene will capture an exchange between Park Bo-young and Song Joong-ki.

To mark the opening of the modified film, director Jo Sung-hee and actors Park, Yoo Yeon-seok and Kim Hyang-ki will take part in a fan meet forum at the CGV in Wangsimni, eastern Seoul, tomorrow.

On Sunday, 33 days after the film opened, “A Werewolf Boy” broke the record for Korean melodramas by exceeding 6.5 million views.

Jo said earlier that the re-edited film will contain some deleted scenes in addition to the different ending.

“I’m aware that a lot of male viewers didn’t like the ending,” said Jo. “It actually wasn’t what we intended, so it’ll be a good chance to air the different one.”

Without giving too much away, the director revealed that Park Bo-young plays a bigger role in the alternate finale.