Daesung to release album in Japan

Daesung to release album in Japan 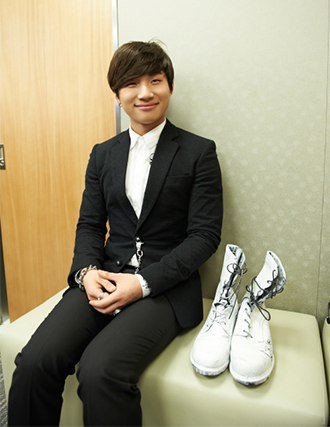 Big Bang’s Daesung will release his first solo album in Japan in February.

This is the star’s first step back into the spotlight as a soloist since he struck a motorcyclist with his vehicle last year.

According to YG Entertainment on Wednesday, the boy band member will launch his album then set off on a tour in March.

Daesung’s album will have 12 tracks with a lot of J-pop tunes that have new arrangements as well as previous solo hits like “Wings” and “Baby Don’t Cry.”

On March 23 and 24 he will perform at Kobe World Memorial Hall and March 30 and 31 at Tokyo Budokan.

On Wednesday, Daesung took part in a Big Bang gig in Tokyo where he performed for 55,000 fans.

Just last week, the band was recognized as one of the biggest Hallyu acts at this year’s Mnet Asian Music Awards in Hong Kong.

The group was awarded Artist of the Year and Best Male Group, as well as the Guardian Angel Worldwide Performer.