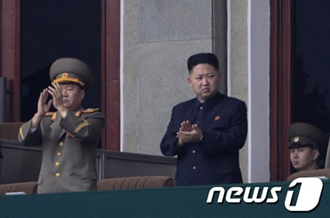 North Korea is carrying out a massive nationwide campaign to weed out "impure elements" among the populace that could pose a threat to the totalitarian control of the impoverished nation, a senior South Korean official said Thursday.

All law enforcement agencies, such as the police, prosecution and anti-espionage agencies, have been going to great lengths in the campaign, holding rare nationwide meetings and channeling all their energies toward clamping down on "discontent forces," the official said.

The campaign has created a "terror atmosphere" across North Korean society, he said.

"What police and the prosecution are emphasizing after convening meetings that they usually don't is that they should pick out the impure elements," the official said. "All public security agencies are making a great deal of efforts to arrest impure elements."

According to state media reports, North Korea has been convening a series of law enforcement officials' meetings, including a police box chiefs' meeting on Nov. 23, a conference of judges and prosecutors on Nov. 26 and a meeting of judicial officials on Wednesday.

It was the first time since February 2007 that the North has convened a judicial officials' meeting.

The crackdown on "impure elements" is seen as aimed at ensuring leader Kim Jong-un's grip on power remains firm, especially in the wake of large-scale reshuffles of military leadership and other posts.

"We don't know whether there have been large demonstrations or something in the North, but we can presume that there could be people discontent with the personnel reshuffles," the senior official said.

In a letter to the meeting of judges and prosecutors, leader Kim Jong-un urged participants to keep deeply in mind the "dangers" of non-socialistic phenomenon and sternly punish those engaged in such acts by law, according to a state media report.

North Korea is one of the world's most closed countries and worst human rights violators. The regime does not tolerate political dissent, holds hundreds of thousands of people in political prison camps and keeps tight control over outside information. (Yonhap)