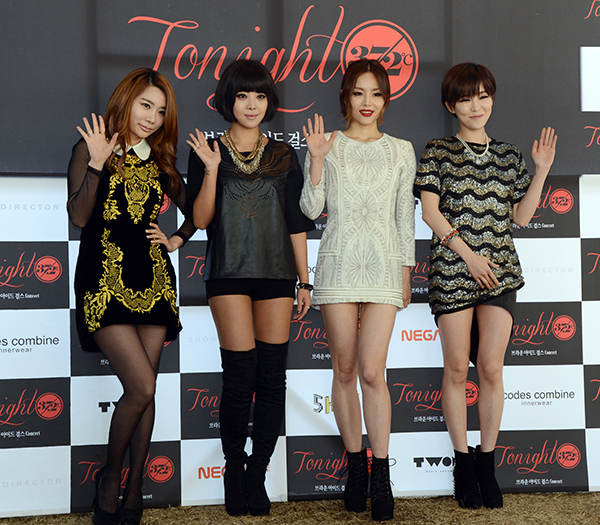 
Ahead of its sizzling adults-only show set to take place on Dec. 24 and 25, the Brown Eyed Girls talked about the group’s intentions behind agreeing to the concert.

At a press event that took place at a restaurant in Jung District, central Seoul, on Thursday, the group said it decided to go for a musical-meets-concert concept with the theme of Mors Sola, Latin for “Death Alone.”

The show, titled “37.2 degrees,” will center on a fatal love story with four members of the group trying their best to portray seduction, desire, betrayal and vengeance with one male character.

“Of course, there will be some attire and scenes that people will consider sexual, but that’s kind of necessary to tell the story,” the group said.

JeA said that while the group’s previous concerts were vocal based, the Christmas shows would be all about “fun.”

“The show will be interactive, and I’m sure the audience will walk away feeling as if they’ve partied all night,” she said.