Lee Si-young would fight for Korea

Lee Si-young would fight for Korea 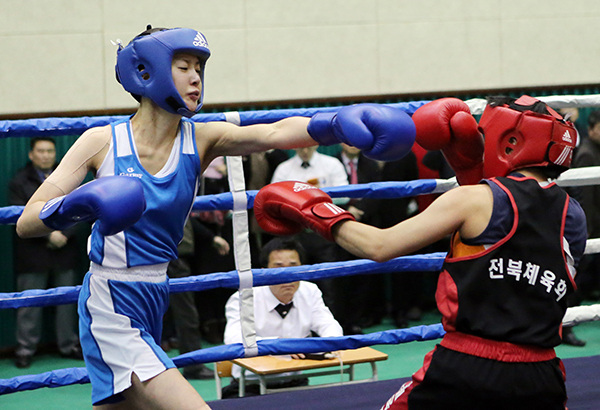 
Actress Lee Si-young said she would be honored to represent the country in the boxing ring.

Lee, an amateur boxer competing in a qualifier to be a national boxer, is only two bouts away from winning the qualification.

“It would be awesome,” the 30-year-old said on KBS’ “Entertainment Weekly” show on Saturday, when asked how it would feel to be a national team member.

“It would be a huge honor for me,” she said. “But for now, rather than thinking about it, I would focus on the matches ahead and do my best in each of the matches.”

Lee started learning boxing in 2010 for a role as a boxer in a television drama.