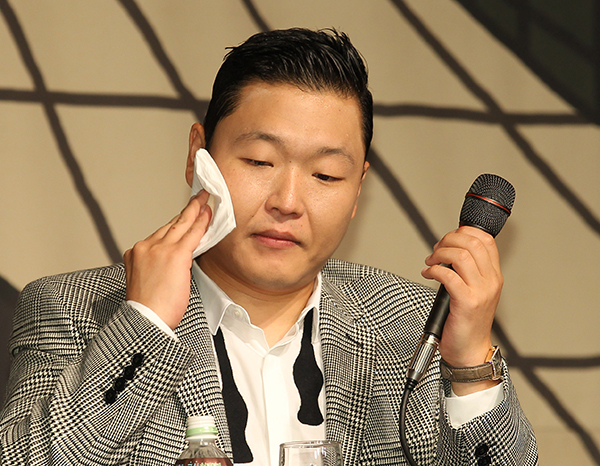 
WASHINGTON - Superstar Psy, famed for his “Gangnam Style” mega hit, has apologized for the anti-American remarks he made years ago.

In 2002, the singer smashed a model U.S. tank in protest over the death of two Korean teenagers who were struck by a U.S. military vehicle. Two years later, he joined a performance of a song that made reference to the U.S-led invasion of Iraq, using controversial expletive-laden lyrics calling for the killing of “Yankees who have been torturing Iraqi captives.

“Kill their daughters, mothers, daughters-in-law and fathers. Kill them all slowly and painfully,” he rapped.

But he recanted those thoughts on Saturday ahead of the annual “Christmas in Washington” concert to be attended by U.S. President Barack Obama. “I will forever be sorry for any pain I have caused by those words,” the 34-year-old singer said in a statement. He said the past performance and lyrics were part of a “deeply emotional reaction” to the war in Iraq and deaths of the two schoolgirls that was “part of the overall anti-war sentiment shared by others around the world.”