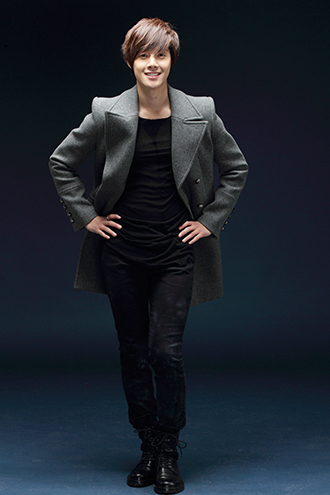 Kim Hyun-joong has been voted this year’s most popular foreign artist at the Miguhui Awards, which charts singers according to mobile phone music downloads in China.

According to Keyeast Entertainment on Sunday, Kim collected his prize in person at the awards ceremony on Saturday that took place in Chengdu.

He performed two songs: “Break Down” and “Please.”

“It’s such an honor to finish up the year with such an accolade,” said Kim before going on to thank the Chinese fans for their love and support.

The show is hosted by the mobile phone network China Mobile and dates back to 2007. In its sixth year, Chinese entertainers like Jay Chou and Zhang Shao Han also attended the show.

With his success in the Chinese market, Kim looks to achieve similar results in Japan with his first album “Unlimited” set for launch on Wednesday. The upcoming 14-track album is set to be full of edgy rock songs.