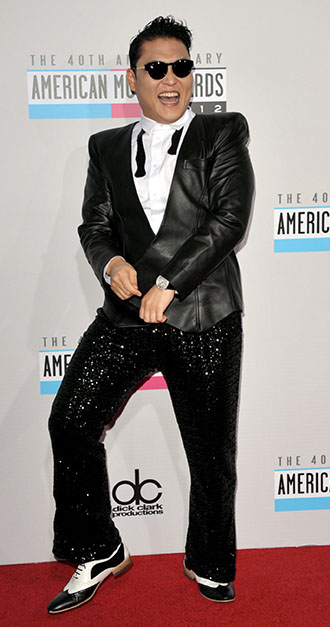 According to U.S. music magazine Rolling Stone, Psy’s “Gangnam Style” is this year’s 25th-best song.
On its compilation of “50 Best Songs of 2012,” the Korean rapper’s catchy worldwide hit made the halfway mark with a “dance craze” that “conquered America.”

“ ‘Gangnam Style’ blew up on YouTube and became a Top 10 hit in South Korea, Mexico, Ireland, Belgium, Lebanon, Israel, Russia and the U.S. ...” reported the magazine.

The song at the top of the list was Alabama Shakes’ “Hold On,” while Taylor Swift came in at second with “We Are Never Ever Getting Back Together.”