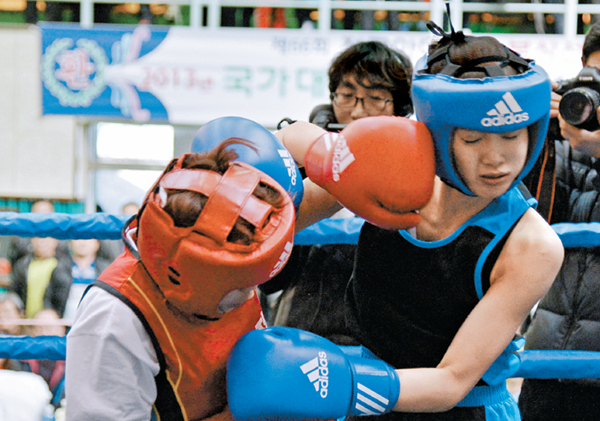 Actress Lee Si-young, right, takes a left hook from Park Cho-rong during the final of the first stage of Korean national boxing team qualifiers in Ulsan, yesterday. Lee, 30, who beat two younger opponents en route to the final, lost the four-round fight against the teenager in a 10-4 decision. But her quest to represent Korea is not over. Lee has grabbed attention as the first celebrity-turned-boxer. She started learning boxing in 2010 for a television drama and has won several amateur championships. [NEWSIS]