Lee Si-young will go back to her day job

Lee Si-young will go back to her day job 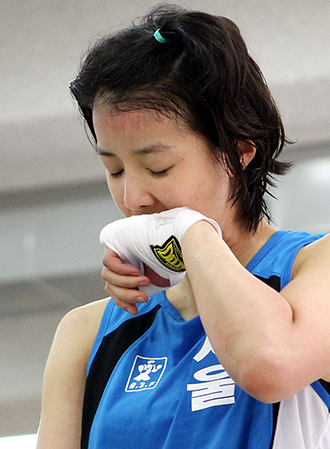 Actress Lee Si-young will stick to what she does best, acting, because she lost her final match at the 66th National Amateur Boxing Competition, which decides the national qualifier to represent Korea abroad.

At the 48-kilogram category match on Dec. 11, Lee went down against Park Cho-rong, who is a student at Chunnam Techno College.

Despite being much taller than her opponent, Lee lost with the score standing at 10:4.

Thus ends Lee’s long streak of winning throughout the year and her chance to represent the nation as a boxer next year.