Girls’ Generation album due next year

Girls’ Generation album due next year 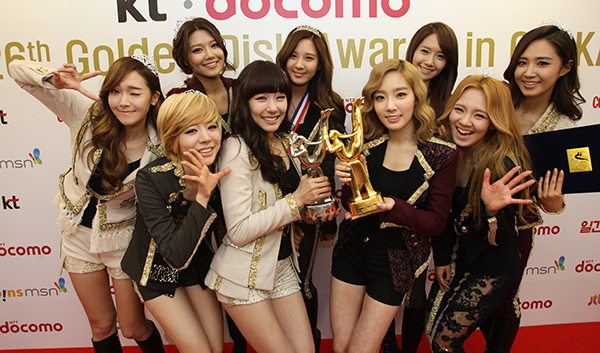 
After a 14-month hiatus since ”The Boys” album, Girls’ Generation is set to release a new album in January.

According to a few music industry insiders, the band had originally planned to release its fourth album in November, but is just now wrapping up recording.

Three members of the band - Taeyeon, Tiffany and Seohyun - released the single “Twinkle” in April, which did well on the charts.

Although the girls have spent most of their time promoting the band in Japan, they also have apparently been working on the upcoming Korean album, according to the source.

SM Entertainment didn’t give a specific date for the album’s release, but did verify that the album would soon be completed.

“We are up to the stage of deciding on a title track,” said a spokesperson from the agency. “In terms of release date, we don’t know.”

Meanwhile, the band is currently in Japan promoting its second album, “Girls’ Generation 2: Girls and Peace.”