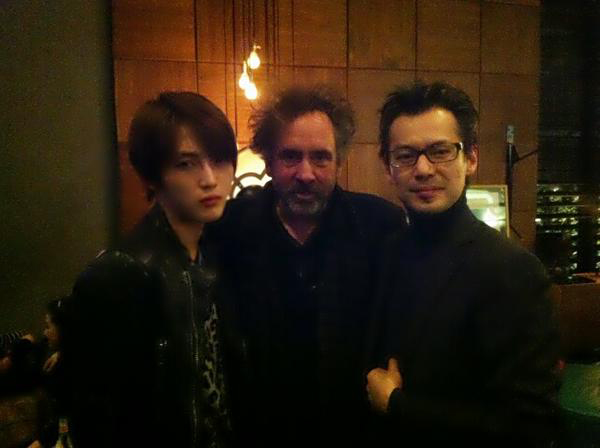 
JYJ’s Kim Jae-joong, never one to post a dull Twitter message uploaded a picture taken with director Tim Burton as well as Korean director John. H. Lee.
In the tweet on Dec. 11, Kim can be seen pictured with the two directors taken while Burton was visiting Korea for his art exhibition.

The “Tim Burton Retrospective” has come to Seoul, after runs in Los Angeles, Melbourne, Toronto and Paris.
“Seoul is the last city to hold the exhibition, so I feel special,” said Burton at the Seoul Museum of Art where the exhibition is being held.

Meanwhile netizens were quick to gush at Kim’s post with comments like: “Is Kim Jae-joong going to try his luck in Hollywood?” and “Tim Burton! Wow!”
By Carla Sunwoo [carlasunwoo@joongag.co.kr]