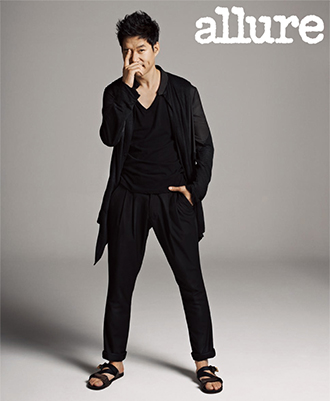 Actor Yu Jun-sang has showed his flair for art by showcasing 20 of his works at the first Art Asia fair which kicked off at COEX in southern Seoul on Dec. 11.
Namoo Actors said on Dec. 13 that Yu’s works will be on display until Dec. 16 along with other pieces by entertainers like Ha Jung-woo, Ku Hye-sun and Kang Suk-woo among others.

More than 180 domestic artists and 90 foreign artists from more than 11 nations are taking part in the art fair which opened for the first time this year.

Meanwhile, Yu has always been regarded as one of the creative entertainers having dabbled in writing, composing and such.
In May he released a memoir titled “The Invention of Happiness,” which contained poems and sketches inspired by his daily life.
By Carla Sunwoo [carlasunwoo@joongang.co.kr]