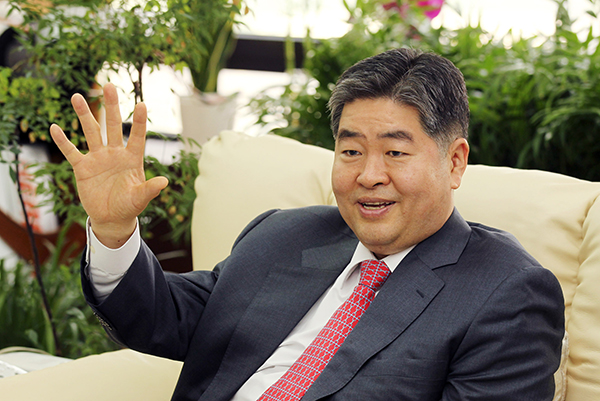 
Younghoon David Kim, Daesung Group chairman, said the best way to solve the electricity supply shortage that the nation currently faces is to raise the price.

“Too many people are wasting energy, such as opening their windows in the summer while the air-conditioner is on,” Kim said. “This is because electricity is too cheap.”

Kim’s view is distinctively different from the nation’s business community, which has often opposed raising the electricity bill for industrial use.

Daesung Group’s main business has always been energy. It was founded on manufacturing and selling briquettes.

The business community argued that Korea’s electricity is not as cheap as many believe it to be. 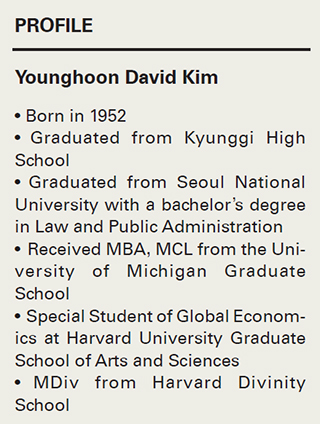 Although the Korea Electric Power Corporation raised the bill by 4 percent in August, it argues that the bill needs to be raised further.

In an interview with the Korea JoongAng Daily, Kim said there’s a limit to solving the problem through a government-led conservation campaign.

“The best way to solve this problem is to raise the bill. But due to public sentiment opposing raising the electricity bill it is most likely that the only solution for now would be to encourage energy conservation.”

He said although raising costs will be unlikely in the near future, an alternative to solve the issue would be the urgent development of a renewable energy supply.

The chairman said the time for renewable energy is upon us and it is crucial to secure technology and experts in the field to stay ahead of global competition.

The renewable energy industry is facing its biggest challenge due to the widening global recession. Many companies, including Germany’s Siemens, are giving up on their solar businesses.

Kim said despite the adversity that the renewable industry faces it is essential to secure the technology.

Additionally, unlike the current established system where major economies have a huge influence on the global energy industry, the renewable energy sector will reshape the paradigm.

Although Asia’s influence in the global energy community is growing, its reputation still remains as a major consumer rather than a supplier.

“The era of renewable energy could be upon us faster than we expect,” Kim said.

“This will happen when the price of fossil fuel shoots up.”

The United States under the Barack Obama administration has been concentrating on developing the renewable energy industry.

As of the first half of this year, the amount of U.S. renewable energy grew nearly 11 percent compared to the year before. Solar alone surged 97 percent while wind grew by 16 percent.

This trend is expected to continue in his second term.

China’s new General Secretary Xi Jinping is also showing a keen interest in renewable energy as he laid out a plan to reduce carbon emissions from the current 29 percent to 17 percent while generating 11 percent of the electricity from renewable sources by 2015.

Kim is viewed as one of the leading pioneers in supplying affordable yet sustainable renewable energy.

Daesung Group has been developing its SolaWin system, which is a hybrid of solar and wind power generators.

The hybrid system is now operated in remote regions that lack concrete energy supply including Mongolia, Ethiopia and Kazakhstan.

Kim believes that the supply of such an affordable yet eco-friendly energy system will open greater opportunities, one of which is signing a deal with the World Bank to spread the SolaWin system across the globe.

Once an economy of scale is achieved with SolaWin the cost in setting up the system will become more affordable, which should expand the projects to other remote regions.

“The SolaWin system is not only about business but opening up diplomatic windows with other countries, which could also lead to expanding to other projects,” Kim said.

Hydro-Quebec’s executive vice president, Marie-Jose Nadeau of Canada, was also elected as the chair of the organization. The two will serve a three-year term starting in October after the 2013 World Energy Congress hosted in Daegu. After 2016, Kim will become the sole chairman of the organization and serve an additional three years.

The appointing of Kim to co-chair the WEC is significant in the sense that he is the third Korean to head an international organization; following in the steps of Ban Ki-moon, who is in his second term as the United Nation Secretary General, and World Bank president Jim Yong Kim.