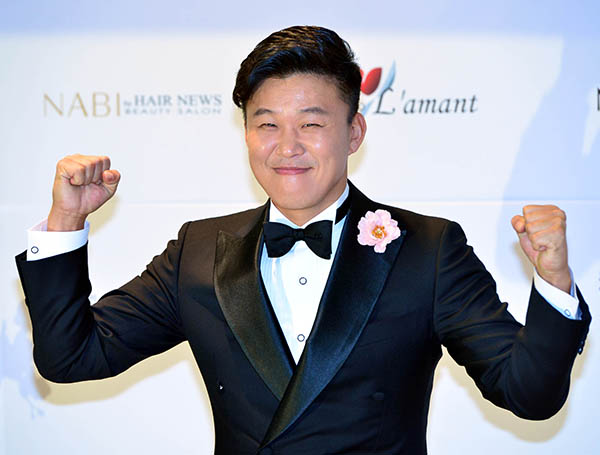 Hong, who has been a regular on various talk shows, has long been an advocate of his freewheeling lifestyle.

“To be honest, I thought until this morning that I was going to another promotion event or something,” he told reporters during the wedding ceremony.

“I feel so relieved that I will be able to shed off the ‘old single’ title.”

When asked whether he would put his “night culture” behind him, Hong said that he would go to clubs sometimes with his wife, but added that he would be seen more at discount markets.

Talking about a family plan, he said he was thinking of having two babies. He wished in a humorous way that his future babies would resemble his wife.

“I hope they will be like my wife in the face, and like me in the body. If it is the other way around, I think it would take some money [to correct them].”