Samsung wins a round in U.S. court

Samsung wins a round in U.S. court 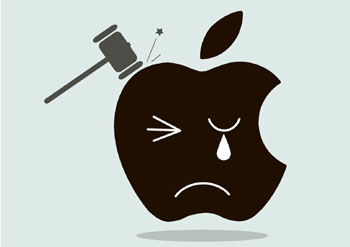 Samsung Electronics has won a ruling by U.S. District Court Judge Lucy Koh to deny a permanent U.S. sales ban on 26 smartphones and tablet PCs that a jury in August said infringed on patents held by Apple.
The judge’s verdict on Monday at a court in San Jose, California, rejects Apple’s permanent injunction request against Samsung’s mostly older devices after a verdict by nine jurors on Aug. 24 that ordered Samsung to pay $1.05 billion in damages.

Korean-American Judge Koh is releasing verdicts on several issues related to the trial.

“The fact that Apple may have lost customers and downstream sales to Samsung is not enough to justify an injunction,” the judge said in a ruling. “Apple must have lost these sales because Samsung infringed Apple’s patents. Apple has simply not been able to make this showing.”

Following the ruling, Samsung said in an e-mailed statement, “We are pleased that the judge today denied Apple’s move to limit consumer choice and restrict fair competition in the marketplace.”

A Samsung spokesman said the judge’s ruling was significant because it may affect an upcoming verdict on other devices Apple wants banned in the U.S., including the high-profile Galaxy S3 and Note smartphones.

A trial on the more recent products is not scheduled to take place until March 2014.

“There is not even the slightest doubt that Apple will appeal the ruling on injunctive relief,” wrote Florian Mueller, a patent expert, on his prominent FOSS Patents blog. “It may be unprecedented in the legal history of the United States for an injunction motion to be denied across the board despite such a large number of infringement findings (roughly half a dozen) by a jury and, especially, in light of the competitive situation between the two as well as the jury’s findings of willful infringement,” he noted.

In a second ruling, however, the judge rejected Samsung’s motion for a new trial to be held because of alleged misconduct of jury foreman Velvin Hogan. Samsung claimed in a filing earlier that Hogan, himself a patent owner, introduced “incorrect and extraneous legal standards” in the jury deliberations that may have produced a faulty verdict.