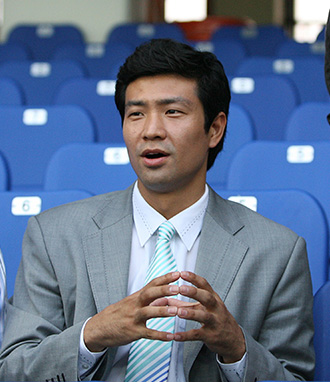 Kookmin University, which has been reviewing the doctoral thesis of Olympic gold medalist and National Assembly representative elected from Busan Moon Dae-sung, confirmed yesterday that he plagiarized his thesis.

“If Moon doesn’t raise any objection over the conclusion, we will submit the final report of the case to the graduate school administration,” said a spokesman for the university.

The graduate school will decide whether they will revoke Moon’s doctoral degree at the university. Moon has one month to raise an objection.

Moon, a 35-year-old gold medalist in taekwondo at the 2004 Athens Olympics, was accused by the opposition Democratic United Party of plagiarizing the majority of his doctoral thesis at the university in August 2007 from the thesis of a Myongji University graduate student submitted in February 2007, including typos, in the final days of the campaign for the April legislative election.

Moon won a National Assembly seat in the Saha A District of Busan, but left the ruling Saenuri Party on April 20. The topic of both papers was the impact of proprioceptive neuromuscular facilitation stretching on the flexibility of taekwondo players.

The research ethics committee formed a team made up of five professors from five separate departments including physical education and engineering on March 30 and has been verifying Moon’s doctoral thesis.

“We judged that Moon had plagiarized the graduate student’s thesis when we reviewed it in accordance with the university’s ethical codes,” said Lee Chae-sung, a Kookmin University professor who headed the committee. “Many parts, including the introduction and theoretical backgrounds he used, were very similar to the original copy.”

The JoongAng Ilbo tried to reach Moon for comment on the university’s decision, but he didn’t respond to repeated phone calls.