South Korea is fully committed to defending the tense western maritime border with North Korea and its sovereignty over the easternmost islets of Dokdo, its new defense white paper said yesterday.

The biennial paper published by the defense ministry made clear that “Dokdo is an evident territory of the Republic of Korea geographically, historically and under international law” by showing photos and maps related to the island. It added two more photos to the latest edition.

“Our military has a strong willingness to defend Dokdo and has prepared a deterrence posture,” according to the paper. 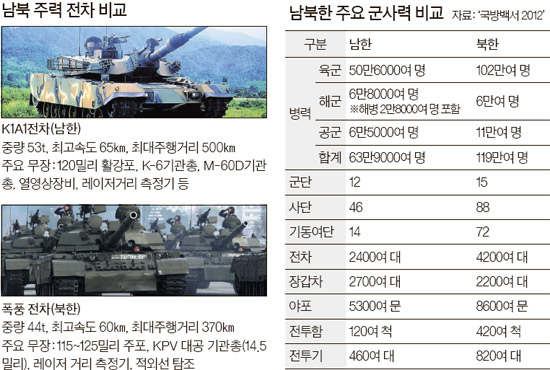 The paper also added a description of South Korea’s Yellow Sea border with the North, known as the Northern Limit Line or NLL.

“It is the de facto maritime boundary between South and North Korea since it was drawn on Aug. 30, 1953. The waters below the NLL are controlled by the Republic of Korea,” read the description.

Pyongyang does not recognize the line and demands it be drawn farther south.

The dispute has made the western waters near the border a flashpoint and has led to three deadly maritime clashes between the two Koreas near the sea border since 1999.

The maritime boundary issue resurfaced ahead of the presidential election.

Seoul’s latest assessment of the North Korean military, defined as South Korea’s “enemy,” showed that its total troop levels remained unchanged at about 1.19 million and the number of artillery pieces and main weapon systems were at a similar level as previous years.

The 2012 paper is the first since Kim Jong-un took the helm of the communist state in a third-generation power transition after his father Kim Jong-il died a year ago.

“Since 2011, North Korea has presented a two-track strategy by raising hostile rhetoric while using manipulative rapprochement tactics at the same time,” the paper said, noting the North’s warnings of attacks over South Korea-U.S. military drills and civic groups’ attempt to send anti-Pyongyang leaflets across the border.

The paper also said Pyongyang’s highly enriched uranium program has been under way and the country is “presumed to have secured about 40 kilograms”(88.2 pounds) of weapons-grade plutonium by reprocessing spent nuclear fuel rods four times.

The uranium enrichment program could give the North a second route to build a nuclear bomb.