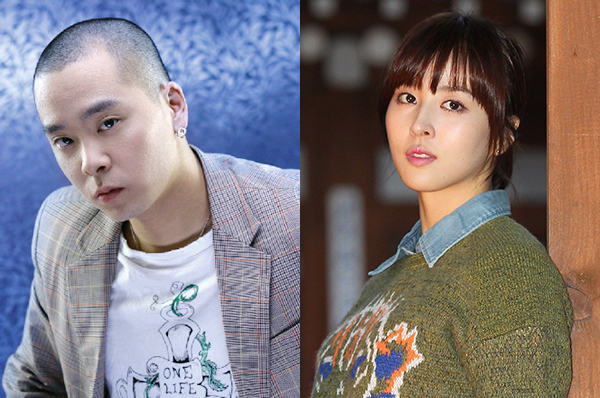 
An iconic entertainment couple - actress Han Hye-jin and singer Naul - have decided to split up after nine years together.

News broke on Friday that the two have decided to go their separate ways because they “grew apart” over the years. Although it’s unknown when the break up happened, rumors have been circulating for some time.

Naul’s agency said it had no idea until news spread online on Friday and the singer had mentioned it.

Back in September, when Naul was promoting his solo album, he dodged questions about his relationship.

When asked if he watched Han’s talk show “Healing Camp,” he said he preferred not to because he “doesn’t like her as an actor, but only as a person.”

Last week, he also shocked fans by sporting a new hairdo, a first in 10 years for the singer who has maintained a crew cut.

A source close to the two told Sports World that the split was the natural progression of things as the couple only managed to meet at most two times a month.