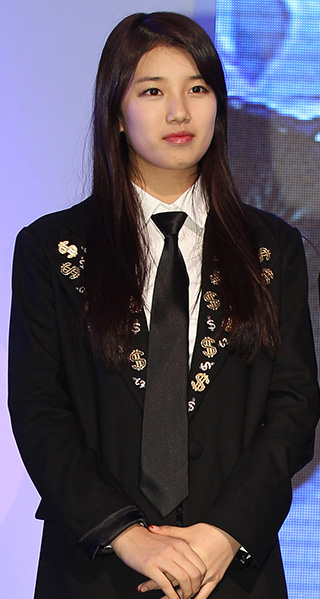 Suzy from Miss A

Suzy from Miss A has pledged to tackle a cyberbully before the year comes to an end.

According to the Gangnam Police on Monday, JYP Entertainment filed a complaint against a netizen who uploaded an obscene picture of himself mounting a life-sized poster of Suzy.

He then went so far as to send the singer the picture via Twitter. The young man is being sued by JYP for defamation and indirect sexual assault.

Since the picture went viral and various media organizations began reporting on the conduct, the netizen deleted the picture as well as his Twitter account.

This is not the first time that JYP has had to deal with a fan who crossed the line.

Back in April, the Wonder Girls’ Sohee was harassed by a man who kept leaving sexual comments on her Twitter, claiming to be her lover and husband.

Despite the incident, Suzy has had a stellar 2012. The star was voted best idol among her peers and won the Rookie Celebrity Award at the KBS Entertainment Awards.