Sport utility vehicles (SUV) are the most-traded vehicles in Korea’s used car market, according to data from SK Encar.

The nation’s largest used car trader said over the weekend that the number of SUVs registered as in stock this year exceeded the number of midsized cars for the first time since it began gathering data.

According to the company, so far roughly 213,000 SUVs have been registered, up 28 percent from a year ago. 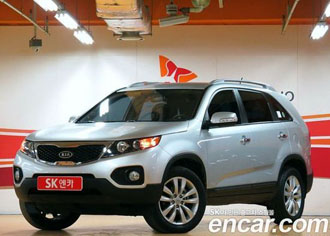 SK Encar said that the biggest reason SUVs have become popular in the market is the increasing number of people who enjoy outdoor activities such as camping.

Leisure industry insiders estimate that Korea’s camping population this year surpassed the one million mark, nearly double that of the previous year.

“With an increased population of outdoor lovers, their multipurpose and practicality appeal to consumers,” the company said in a release.

“Automakers also have been introducing SUVs with a better design and ride quality.”

Currently, all of the SUVs sold by Hyundai Motor and Kia Motors, the nation’s largest automakers, have diesel engines.

The popularity of SUVs had affected the market price of the used car market.

Generally, at the end of the year, the price of used cars goes down. However, used SUV prices have been holding steady.

Kia’s Mohave, known as the Borrego in North America, is also seeing less depreciation than other models as its 2010 edition (4WD KV300) is currently priced at 36 million won, down only 800,000 won from this January.

SUVs have also been selling well in the new car market.

According to data from the Korea Automobile Manufacturers Association (KAMA), a total of 228,907 SUVs were sold in the first 11 months of this year, an on-year increase of 7.4 percent.

KAMA said that the release of Hyundai’s fully redesigned Santa Fe and Ssangyong Motor’s Korando C has led the trend.

Industry insiders said that sales of SUVs will likely continue to grow as Korea enters the winter season and also new models will start to hit the market.

“SUVs are now becoming popular vehicles not only for winter, but for all four seasons that consumers are looking for,” said Park Hong-kyu, an executive director at SK Encar.

“The popularity of SUVs will continue as automakers start to release more SUVs while trades in the second-hand car market also happen actively.”