Son Ye-jin a pillar of support in ‘The Tower’

Son Ye-jin a pillar of support in ‘The Tower’ 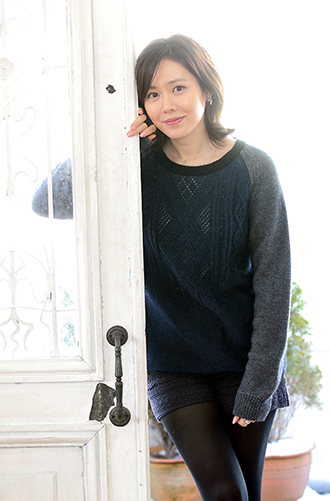 Son Ye-jin returns to the silver screen after one year with a supporting role in the blockbuster film “The Tower.” She says the story was tempting enough to lure her into a minor role. By Lim Hyun-dong

Actress Son Ye-jin, 30, returns to the silver screen after one year with the disaster blockbuster film “The Tower,” which hit theaters nationwide on Tuesday. But to the surprise of many, one of the most sought-after actresses over the past 13 years is not playing a lead role.

There is little doubt that Son is an A-list actress, with almost every project she takes part in exceeding box office expectations. About a year ago, her romantic comedy “Spellbound” attracted more than three million viewers.

With “The Tower,” however, Son chose to take a backseat for the two-hour film. Her role as Seo Yoon-hee, the manager of a restaurant in a skyscraper that bursts into flames, appears in just about a total of 40 minutes during the film. But Son’s acting still manages to leave a strong impression.

Ilgan Sports, the JoongAng Ilbo’s sports and entertainment daily, recently caught up with Son and asked her a range of questions.

Overall, it became clear that the actress has changed a lot over the course of her career. She talked a lot about her experience filming “The Tower” and said she forged a close bond with her fellow stars.

“Since it’s a disaster film, I felt a kind of family bond with the actors and actresses I worked with,” she said.

Q. You turned down the film at first. What was it that made you change your mind?

A. I first thought that anyone could play the role. My priority when choosing a film is whether it has to be me or not. But I found myself attracted to the screenplay as I read it over and over again. I liked the story because the characters develop as the situation changes, and I also wanted to work with a large number of actors.

Actresses mostly wear a number of fashionable outfits throughout a film, but you wore just one shirt and one pair of pants the entire movie.

The pants were off-white and the shirt was beige. They got dirtier and full of stains whenever I shot scenes where I was caught in the flames and swept away in the water. Whenever I took my pants and shirts to the laundromat, the laundryman was always surprised and asked with a concerned look, “What are you doing these days?” [Laughs]

What makes “The Tower” different from other disaster films?

The scale of the film surely attracts the attention of moviegoers, but I think the real pleasure of the film lies in the many different characters in the film. There’s a young man who lands a job as a janitor in the skyscraper to earn money for college and there’s an old couple who is just starting a romantic relationship.

You must have many anecdotes from the shoots you can share with us.

Scenes where I had to be swept away by water were always hard. I suffered from extreme muscle pain every time I shot those scenes. It was physically difficult, but funny episodes always come across my mind when looking back on the production.

Did you get close to any of the actors you worked with?

I got close to Kim Sung-oh. He left me with a bad first impression. It was the first day when all the actors and actresses got together and he bluntly said to me, “You seem to have gained a couple of pounds recently.”

He kept asking unpleasant questions, so I tried to avoid him on the set. But I got to know him and realized that he’s such a good person. We became friends and ate together when we were done shooting.

Would you say that you have changed a lot as a person as your career has developed?

I was uptight when I was in my 20s. I was sensitive and cared about every word I spoke to people around me. After I turned 30, I tried to loosen up. I used to go straight home after filming, but not anymore. I now drink beer with other actors after filming. I think I’ve come to understand the pleasure of working with others.

So now for the question we’re all dying to know the answer to: Are you in a relationship?

No, but I think I need some romance in my life. I used to be attracted to macho men when I was young, but I like the considerate and warm-hearted these days.