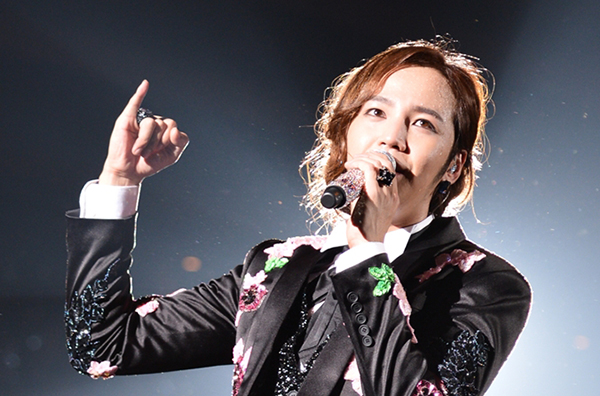 
Jang Keun-suk is the only K-pop artist to have secured an invite to the annual year-end concert hosted by China’s Hunan TV.

According to Tree J Company, Jang will perform on the show that is aired on 16 channels throughout China and was also last year’s most-watched New Year special in its time slot.

On Monday night, Jang will take to the stage in China along with his collaborator Big Brother (together they are Team H) to sing a total of three songs.

Unlike last year when an array of K-pop acts performed, Jang will be the only Korean representative.

The artist, who refers to himself as the “Prince of Asia,” seems to have convinced enough Chinese of the title as he has a huge following there.

Back in June when he appeared on the famed talk show “Happy Camp,” also broadcast by the Chinese satellite channel, the show was the most-viewed program in its time slot.

He is currently celebrating his 20th anniversary in the industry.