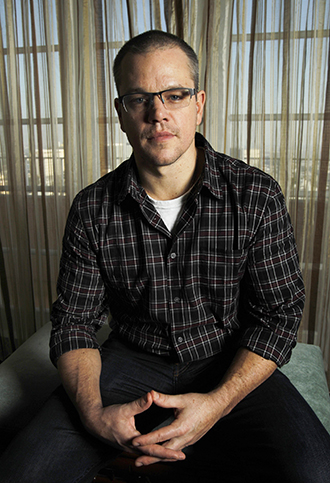 
LOS ANGELES - The hot-button topic of "fracking" has finally made its way to Hollywood in the new movie "Promised Land," with actors Matt Damon and John Krasinski teaming up to further the debate on the energy drilling technique.

The film explores the social impact of hydraulic fracturing drilling technique, or "fracking," which has sparked nationwide environmental and political battles over its impact on drinking water, U.S. energy use, seismic activity and other areas.

"Promised Land" will see Damon, 42, reunite with director Gus Van Sant for the third time, following their success with 1997 film "Good Will Hunting and 2002's "Gerry."

In their latest film, Damon plays a corporate salesman who goes to a rural U.S. town to buy or lease land on behalf of a gas company looking to drill for oil. He soon faces opposition from a slick environmentalist, played by Krasinski.