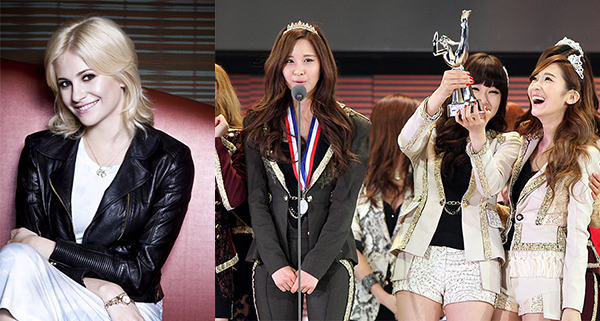 
SM Entertainment announced on Dec. 31 that British singer Pixie Lott has taken part in Girls’ Generation’s album released on Jan. 1.
Lott composed the song “Baby Maybe” for the Hallyu girl group while Sooyoung, Yuri and Seohyun wrote the lyrics to the song.

According to the agency, the song contains the sentiments of a girl in love.
Lott is one of the few foreign talents that the Hallyu industry giant has recruited to produce the girl group’s fourth album.

Norwegian songwriting company DSign Music also got on board the new album, while previously for the group’s third album, “The Boys,” it recruited the expertise of Teddy Riley, Michael Jackson’s producer.