Psy gets French to notice K-pop

Psy gets French to notice K-pop 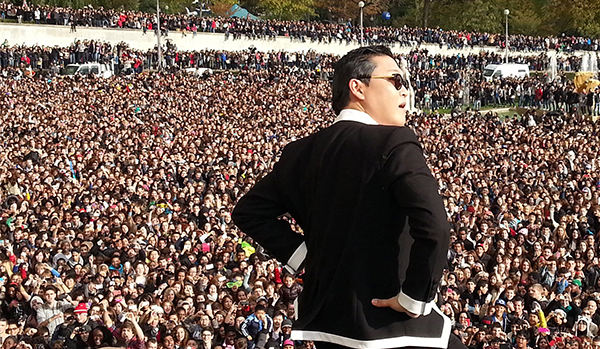 
Psy’s success has prompted the French daily Le Figaro to evaluate the impact of K-pop worldwide.

In a two-page spread for the weekend edition published on Saturday, the paper dissected the burgeoning success of Hallyu starting from its humble beginnings in the ’90s.

The daily examined the success of Korean music, dramas and dance groups in particular, and by using Psy as its main example, posited that the Korean Wave was catching on around the globe.

The paper said that Korea, the fourth-largest economy in Asia, has risen to become the No. 1 culture exporter.

In addition to naming Psy as the momentary peak of Hallyu, the daily also mentioned that acts like Girls’ Generation, Super Junior, Rain and Wonder Girls have made their mark on K-pop abroad.

Last year was a big year for K-pop thanks to the 35-year-old rapper. He became the most-searched keyword on Google, and his video became the first-ever on YouTube to reach one billion views.