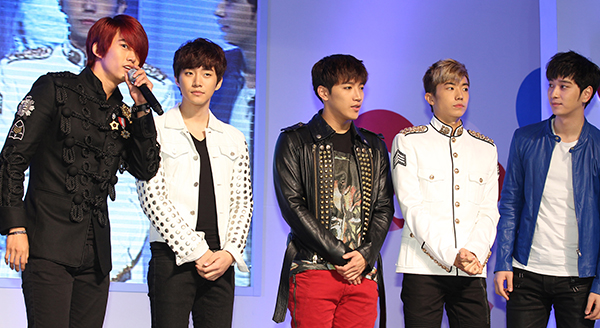 Hallyu boy band 2PM kicked off the new year on a promising note with full-page advertisements in two of Japan’s leading dailies.

The ads about the group’s upcoming gigs at the Tokyo Dome in April were published by the Asahi Shimbun and the Yomiuri Shimbun.

JYP Entertainment also made it clear that it was proud of the band’s first solo concerts at the famed venue, to take place on April 20 and 21.

The two-day showcase titled “Legend of 2PM in Tokyo Dome” was deemed a phenomenal feat because the group only made its Japanese debut in May 2011.

“The only male K-pop groups to have performed at the place dubbed ‘the center stage of concerts in Japan’ are TVXQ, JYJ, Super Junior and Big Bang.”

Thus 2PM will become the fifth Korean boy band to perform at the 55,000-seat baseball stadium.

“The boys vowed in May of last year after their show at the Budokan that they’d attempt to perform at the Tokyo Dome next,” said a spokesperson from the agency.