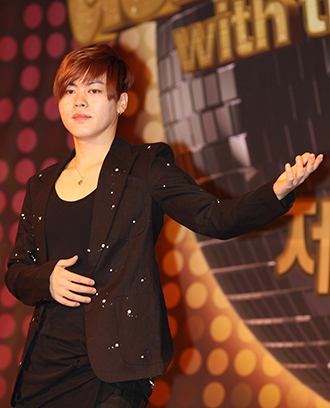 Original boy band member Moon Hee-jun of H.O.T fame is set to make his comeback later this month.
On Jan. 18 the singer, who made it big through the ’90s boy group by the full name High Five of Teenagers, will release an album, nearly four years after his last release.

Moon’s agency said that after years of devoting himself to hosting TV shows, the 34-year-old entertainer is ready to test out his vocal cords again.
After making his debut with his boy band with dance music, Moon embarked on a solo career with an emphasis on rock.
However, this time around Moon will attempt something different yet again.
Although the agency didn’t say just what kind of genre Moon will be trying his hand at, it did say that it will be “a change.”

“Since he hosted the shot ‘Immortal Songs’ Moon’s been itching to get back on the stage himself,” said his agency.
In September last year, although now defunct, H.O.T celebrated its 16th anniversary since debut.
The group debuted in 1996 and consisted of Kangta, Moon Hee-jun, Tony Ahn, Jang Woo-hyuk and Lee Jae-won. It released five albums before disbanding in 2001.