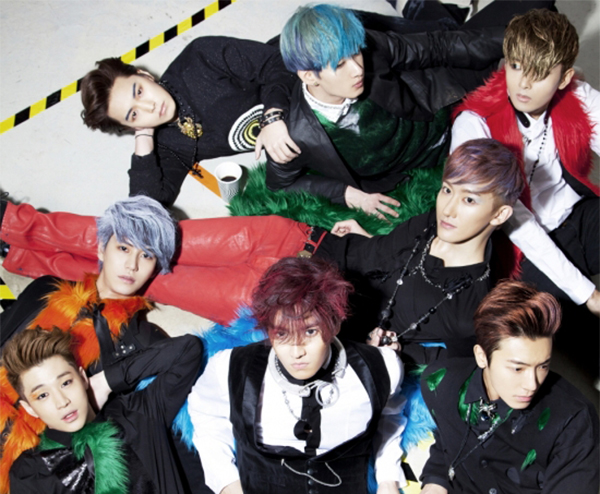 SM Entertainment said that the group, which includes the eight original Super Junior members and two additional Chinese members, Zhoumi and Henry, will launch its second album in China and Korea simultaneously.

The album, titled “Break Down,” comes after its EP “Perfection” back in 2011.

“In China, the album will be available through portal Web sites like Baidu, Sina and Sohu as well as other music Web sites,” said an SM spokesperson.

On the day of launch, a music video for the title track will be unveiled online.

On Tuesday, the agency also released a teaser video featuring the title track, generating much hype among fans who were delighted with the band’s return and new image.

In line with the album, the band will hold a press conference in Beijing.