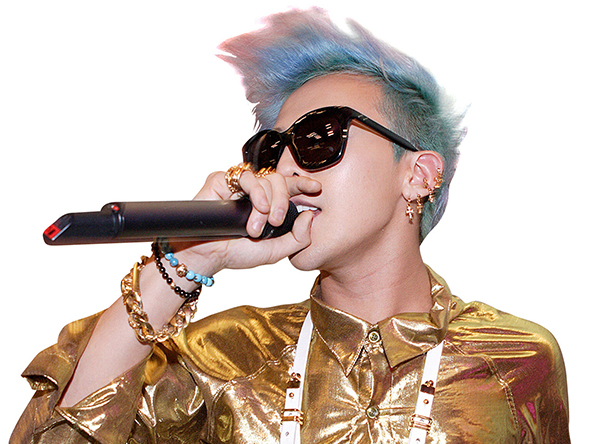 After a picture was uploaded by a netizen, who claimed that it was the boy band member and the model in the picture, although all of the people in the photo had their backs to the camera, fans were left wondering if the two were in fact an item.

The post claimed that the photo was taken over Christmas when Big Bang members had some time to themselves.

As the fashion-conscious boy band leader rocks pink hair at the moment, it seemed likely that it was indeed him in the photo.

In addition, the picture looks remarkably similar to an upload by G-Dragon himself last month.

Two years ago, the singer and the model were presumed to be dating by various media outlets, but both parties denied it.

YG Entertainment said again that the two were just “good friends,” and added that regardless, it wasn’t interested in what its artists did during their time off.
By Carla Sunwoo