Cat in the gat

Cat in the gat 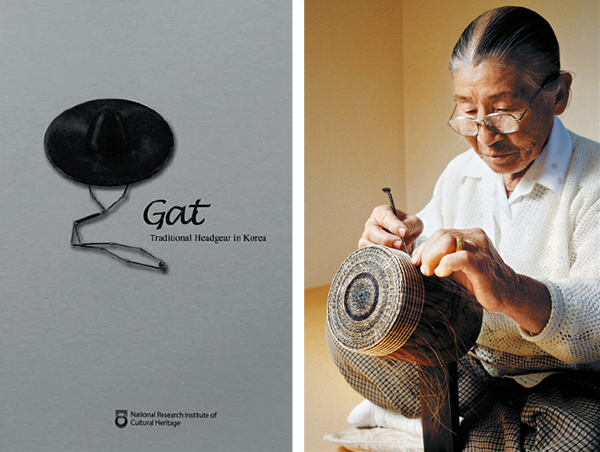 The National Research Institute of Cultural Heritage has released an English-language book on gat, a traditional Korean hat for men of high social status. Titled “Gat - Traditional Headgear in Korea,” the book is the third in a series promoting Korean culture. It can be downloaded at www.nrich.go.kr. Provided by the institute