F(x) members in the “Etude House”

F(x) members in the “Etude House” 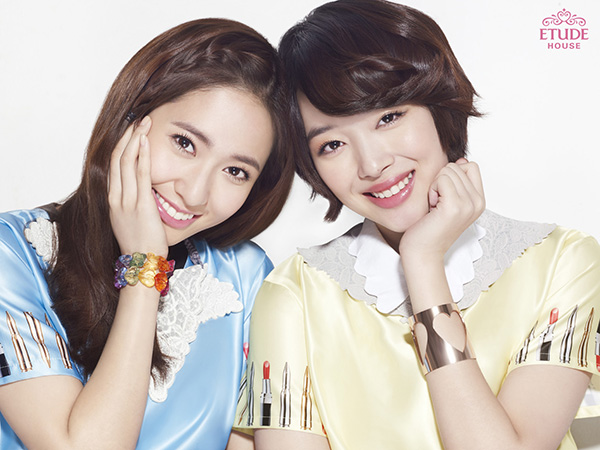 F(x) members Sulli and Krystal have been picked to be the face of cosmetics brand “Etude House.”
The makeup brand said on Jan. 8 that the two, “as iconic members of an idol group, possess a bold yet fresh image which will do the brand justice.”

The girls will join the brand’s main models, members of SHINee, to shoot commercials for the brand’s 2013 line of products.

The two members of the popular girl group are indeed becoming more and more prominent in K-pop.

Last month f(x) was given the royal treatment, flying via charted plane, when it performed at a New Year concert on Dec. 22 hosted by Chengdu, in China’s Sichuan province.
The girls were accompanied by fellow SM band TVXQ and Zhang Li-yin.