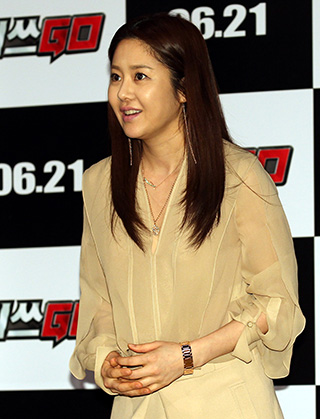 Ko Hyun-jung may be returning to the small screen through an MBC drama tentatively titled “Queen’s Classroom.”
Ko’s agency revealed that the 41-year-old was mulling over details but because the synopsis and the script hasn’t been completed, Ko was not a 100 percent behind the project.

The basic outline of the story revolves around the transformation of a cold and aloof high-school teacher as she embarks on a new job at an elementary school. It is the Korean adaptation of Japanese drama.

The agency said that whether she’ll take part in the show could be announced as early as next month.
If she chooses to get on board, the program will be her first TV drama in more than three years.

Last time she was in a drama was alongside Kwon Sang-woo in “Daemul.”